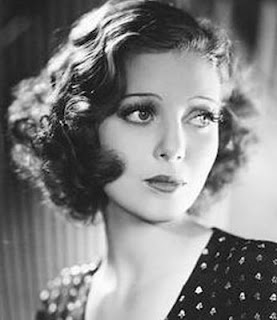 “There is only forward.”

Her voice was harsh and distant.

Beneath my shoes I felt the thick carpet give a little and somewhere in the distance I saw as a candle flickered. Behind me the door was shut and bolted and for the moment I could not remember what horror lay on the other side of it.

Forward it was then.

The corridor was narrow and my shoulders brushed the walls, I felt picture frames shift as I moved passed them, the sound they made too loud in the silence.

“Here.” The woman said, she was closer now and the single word was a sigh.

My heart crept up into my mouth.

The small room was lit by a single row of candles that had been burned to little stumps. Shadows sprang over the shelving that lined the walls and buried the areas behind the two plush chairs in complete darkness.

The woman sat and turned to a large radio, she span the dial and radio static ran up and down the octaves. I sat in the spare chair; it was stuffed almost to bursting and far more comfortable for it than it should have been.

The frequency needle that was illuminated by the radios warm glow seemed to echo my discomfort. My stomach churned and my mouth tasted metallic fear.

The horrors outside suddenly seemed preferable, though I could not fathom why this seemed the case.

Music faded in, it was “The Ink Spots” with “I Didn’t Care”, and I was transported instantly into the 1930’s. I re-examined the bookshelves and their contents. Photographs nestled between rows of leather bound books, they showed monochrome images of impeccably posed people whose smiles never reached their eyes.

Further along the same shelf I spied a tarnished medal placed beside a perfectly kept copy of “Alice’s Adventures in Wonderland”. The medal was a starburst shape and though the ribbon that would hold it appeared black in the candlelight I knew that it was really purple.

Something about it tickled at my memories.

The woman sat back in her chair with a deep sigh of weariness. Her hair was now the intricate coiffed style of the times and the hand on which her cheek rested was hidden beneath a black glove that reached all the way to her elbow.

She crossed her legs and her long dress whispered in the shadows.

I looked at her face and her eyes pierced me.

Somewhere in the distance something exploded and beneath us the world shuddered. For a moment she gazed into the corner of the room lost in thought.

“I think that was over in Elizabeth Street. Probably a little half-tonner, do you think?”

I nodded in reply though I did not understand why.

Above a flash illuminated us in stark contrast for a brief moment. Instinctively I gazed upward through a sky-light I had not known was there. Thick clouds rolled above us sporadically lit by flashes of silent lightning. Something huge flew over and once again the earth shook.

“Do you think they could see the candlelight?”

“I’ll be over before the song is.”

She leaned forward and turned the radio up slightly. I leaned back and took in the spectacle above.

“There is only forward.”

Her voice seemed distant; and eventually the song and spectacle ended.