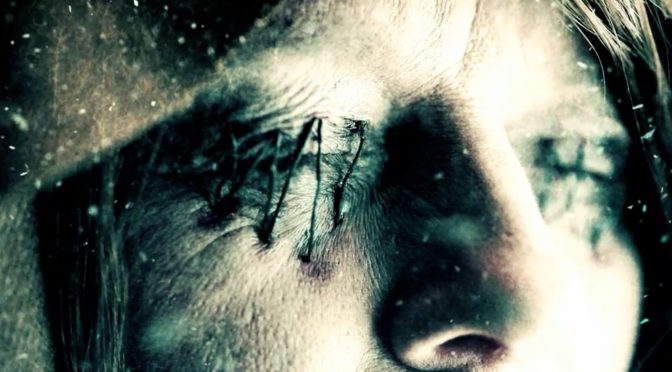 As someone who lives under the delusion that they are a writer there’s one thing I hate above all else. Something that sets me sitting into the small hours contemplating my own inadequacies and wakes me when I finally sleep to unsettled thoughts.

This thing is relentless and horrifying, marking each of my shortcomings in Day-Glo highlighters surrounded by mocking images.

That thing is – I shudder to say – a novel as entertaining and thoroughly likable as Thomas Olde Heuvelt’s HEX. My only salvation might be to find that this hated man might be secretly a person who kicks puppy’s and shouts at tiny babies.

But I hold out little hope.

HEX harkens back to the books I read when I was a teenager, when horror became a major force in mainstream literature, back when names like Stephen King where only for the initiated. In this far off time there was a spark of originality in horror literature that seems to have taken a back seat. Not that we have not had some fine books in recent years, not that it has been a desert of originality, but the spark that made these early writers so memorable has not fared well. It has not even fared so well for many of the writers we have known and loved since that time.

Black Spring is a small mid-western American town, and like many small towns, the world over, it has its legends. Black Spring’s is of The Black Rock Witch, a legend born in 1665 when Katherine Van Wyler – pronounced a witch – was punished by the town.

Unlike most local legends the residents of Black Spring know there is more to the tale than most, they have evidence of this story.

Evidence that walks the town, bound in chains with eyes and mouth stitched closed. Black Spring’s truth is there for anyone to see, and so was born HEX, an organisation built around hiding the Black Rock Witch from outsiders, and maintaining an uneasy truce with the terrifying character.

HEX holds, by necessity, a high level of social control over the town. All internet is screened and people are hired to check emails and letters for references to the witch. Across the town are hundreds of cameras, and people are encouraged to monitor the witch’s actions as she roams, seemingly without purpose, across the town.

But such control is always tenuous, and there are always some who will push against it, those who write secret blogs and gather evidence, and still others who see the witch as something to eliminate, while others try to bid for her favours.

The quiet town of Black Spring has its walking legend, a cadaverous horror bound in chains, but there are other horrors that lurk. Some horrors hidden by technology while others are old fashioned superstition, and sooner or later, one of them will bear its fangs and bite.

On the surface HEX is about old fears and the ever present horror presented by those human desires we all know all too well, but underneath there is so much more going on.

There is much said about the warring concepts of freedom and safety, the very real conflict that is far more reaching that many might believe. HEX was created as a necessary evil, a barrier against what is believed to be a far greater evil, but what it eliminated was choice, and this begs the question whether the one is worth the other.

In some ways HEX echoes a very different book in this respect, Anthony Burgess’ A Clockwork Orange, in its discussion on this topic.

It could also be said that HEX is about how far a society can go to evade its rightful justice. Black Spring wrongs the woman, and Black Spring evades its rightful judgement and its tactics become more desperate as time moves on. After all, if you believe you are battling evil, pure evil, then are you not justified in terrible and unmerciful actions to hold that evil at bay?

Hex is also about bigotry. Katherine was condemned by such bigotry and as she wandered the town in her horrific state, a state forced upon her by the punishment of the town, a state that was in no way her own doing. Her frightening countenance built a growing revulsion in the town’s residents, strengthening their bigotry against her, making them increasingly certain of their position against her.

But what did they know?

Did they know the towns tales about the woman were true?

Did they know they are secure in their belief that she had gotten no less than she deserved?

Thomas Olde Heuvelt’s HEX is not a single book, on its surface it is a book about old evils and an age-old battle against them, it is about our own desires and the mind of the mob. Underneath it is about far more, and is all too easy to place the small town filled with horror and sickness over the world in which we live. I see lessons HEX attempts to teach in modern politics and social issues that stretch the length and breadth of the world in which we live.

One thing is true, regardless of which book you encounter.

It will scare you, whether the fear is of Katherine or for her, the ideas floating around in HEX will stay with you, and you’ll be thinking of them until the release of the authors next book.