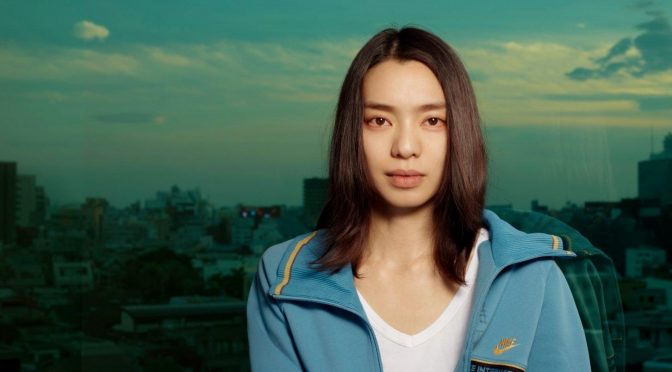 A person should never expect civility as a result of their violence, and violence isn’t an appropriate response to harsh words.

At least this is my opinion on the matter.

Odd way to start a review I know, and I’m going to go a little ways off course before I get to the film in question but please bear with me; I’ll try not to take you on too long a journey.

One of my pet hates in movies is petty female violence. It isn’t the violence itself that I object to, often it take the form of a slap and little more so I wouldn’t get too wound up by that. Rather it’s a combination of what this says about the person slapping and the person in receipt of the slap that bothers me.

Often, almost always, the slap (it’s almost always just a slap) is a response to words or actions that have offended. Usually the person striking out could just walk away without further incident, often the slap is used a replacement to cutting words that would’ve been a more appropriate, and probably much more thought provoking response to the offence.

To me the slap weakens the offended character. It says that this character is incapable of producing an argument or response that sufficiently typifies their feelings and only violence will do.

The victim of the assault, because that’s what it is, often responds in a way that weakens them as a character too.

I’ve lost count of the amount of times I have seen a character assaulted in such a way only for them, the victim, to eventually apologise or make amends for the actions that supposedly provoked the assault.

I’d like to repeat the line which opened this review, because this is a review – honest – I just haven’t gotten to it yet.

“A person should never expect civility as a result of their violence, and violence isn’t an appropriate response to harsh words.”

So entertainment shouldn’t – in my view at least – be presenting violence as an appropriate reaction to harsh words or petty complaints. Responses should be appropriate to the offence.

Should Jennifer Hills have executed the men who raped her in I Spit On Your Grave, or should John Stone cut up his daughters rapist and murderer with a chainsaw?

Hell yes on both counts. Not only are they great movies but they seem appropriate responses to hellish situations. You gang rape a woman you deserve what’s coming for you.

But should someone receive a smack in the face because they said something that someone didn’t like?

Which brings me, finally, to the film Kotoko directed by the always wonderful Shinya Tsukamoto.

Kotoko is a single mother living in an unnamed Japanese city; she is obviously underweight and carries with her an air of instability; which is not at all surprisingly, when we learn a little more about her.

Kotoko sees things, she refers to her ailment as having “double vision” but this does nothing to describe what she deals with on a daily basis. Kotoko sees doubles of people around her, malicious doppelgangers that try to hurt her and her child. She barely leaves her apartment because of this and her life is reduced to the bare essentials.

Eventually the inevitable happens and her bizarre actions result in her child being taken away and put into the care of her sister who lives in the countryside. Kotoko is shattered by this but as much as she misses her child she has to admit that the stresses of keeping him safe, from herself as well as the world around them, is not something she misses.

She discovers that when she sings the visions slip away, that her mind becomes her own. It doesn’t matter what she sings, whether it’s a nursery song sung to herself or a pop song belted out for all to hear; as long as she sings.

Thankfully Kotoko’s voice is laden with her troubles and because of this her songs are haunting and quite beautiful; which brings on an admirer from afar, and this is when things takes a turn for the decidedly… unpleasant.

Kotoko’s violence is an outpouring of her own lack of worth and her own failure as a mother; and perhaps even as a woman. It’s a response to the horrible visions she sees and perhaps a vengeance of sorts against the world around her.

Perhaps though, the main reason might be that real people bleed and the visions don’t; and it’s the only way she can truly tell them apart.

The violence in the film Kotoko is extreme, perhaps some of the most extreme in any of Shinya Tsukamoto’s work, which is saying something, but its also the most accessible and understandable. The violence is anchored by a character to whom violence is a means to an end but unlike most outpourings of violence in film there is no hate displayed in her actions; unless, of course, its hatred against herself.

Which takes me full circle back to my original point…

I believe that violence is symptomatic of a broken person not a complete one. It reveals a person who is incapable of any other response, or worse a person who chooses such a response over better ones.

With Kotoko it’s understandable, it’s certainly not desirable or possibly even forgivable, but it is understandable. A broken person can rarely provide anything more than a broken response but I found that this elucidated my thoughts on the casual violence I so often see in romantic comedies and TV, scenes where one character will slap another over some relatively minor offence.

The film Kotoko is a fascinating and very unsettling view of mental illness in the modern world. It presents us with a character than under other circumstances I would have hated. If I would have seen her behaviour without her reasoning my response would’ve been overwhelmingly negative but thanks to wonderful writing and direction from Shinya Tsukamoto and a truly stunning performance from Cocco in the lead role I left the film with a wholly different response.

Kotoko may be broken, perhaps she’ll never be fixed, but she knows what she is and she desperately tries to mould herself into something that is worthy of the only man that matters to her; her son. In spite of the horror she unleashes on those closest to her Kotoko manages to still remain more sympathetic and is worth a million of those petty creatures that inhabit the romantic comedies of the world.

If you haven’t seen Shinya Tsukamoto’s Kotoko then you should do yourself a favour and immediately go from here to Amazon or eBay to purchase yourself a copy. Its rare that someone like Tsukamoto can surprise his long time fans, most of us are used to the high standards some film makers manage to climb; but with Kotoko the man has even outdone himself.

Hopefully you’ll find the film as thought provoking and moving as I did, in fact for me… It’s a little hard to imagine that you wouldn’t.