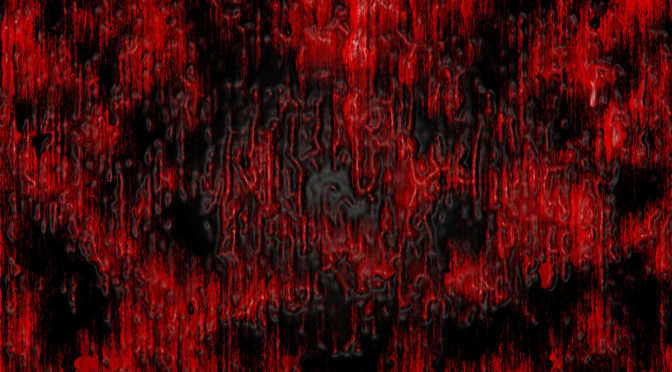 Right from the opening sentence L. C. Valentines The Last Girls Standing: The Beginning oozes with likability. It isn’t just that it treads over much loved (and yes, much overused) slasher conceits, it’s also that it knows it, and it doesn’t care. Right from the opening sentence it is self-aware. Not mockingly so, it never spares the viewer a sidelong glance wearing a sly smile. The Last Girls Standing: The Beginning isn’t that kind of book.

In fairness, it isn’t really a book at all. Clocking in at a little under two and a half hours it presents as little more than a short story. There isn’t a great deal of setup, and the action starts rapidly. It works well as a one-sit read, an audio movie, a radio play, and as such it is extremely accessible probably even to those who find the written word a bit daunting.

There’s not a lot of surprises in store during its 143 minutes. To those of us who lived through the 80’s, and consumed similar movies during those years, there’s nothing that will make you sit slack-jawed and wide-eyed, but if you are one of those people you’ll know that isn’t the point in such a story. Those of us who like such movies can even be pretty aggressive against a slasher movie that tries to be too innovative.

The Last Girls Standing: The Beginning does not present itself as hugely innovative. Its only change to the formula might not even be considered a change by many, as it was used in the popular Scream franchise. Which is to say the book knows what it is, and it refers to its own genre and the foibles in it.

What makes the book special it that it is extremely well done.
The characters are archetypal, we know them as soon as we meet them, so no time is wasted on their construction, and the steps the story takes take a familiar path, perhaps the only surprise – such as it is – being the reasoning behind the killer.

Not that any of this really matters.

The only thing that matters in a horror story is whether you enjoy the characters, and whether you feel compelled to follow them to the end of the tale.

Ellie, the lead in The Last Girls Standing: The Beginning, is such a character. She’s a likable character, managing to be both confident and self-effacing while still shy and a little unsure. There are some things she knows about herself, while the outside world seems something of an enigma to her. There is a lot of themselves the average horror fan will see reflected in the character, even if you are a man, and probably a great deal more if you’re a woman, and she becomes an effective avatar of choice through the story.

L. C. Valentine, the author, does well with this, but I have to wonder how much of it was due to the great work of the narrator Leanne Woodward. Woodward does not do a great deal of vocal gymnastics throughout the story, the different voices are distinct and reliable, but also restrained, and this is a good thing. It allows the listener to not be too distracted as most of the story really happens in the lead character head.

I’ve said many times that often less is more in the audiobook world. Some narrators can effortlessly, apparently so at least, juggle many different accents and tones while staying on-point, but in general I think this is best avoided and a straighter approach often tends to be the best.

Personally I thought Leanne Woodward did a good job, imbuing each character with enough that was unique to give them life without dwelling too much and muddying the waters. If I see her name in the future I’m sure I’ll pay more attention to the project she is attached to.

Well, very nearly. There was one thing that irked me about this short book.

No not the ending to the story, but rather the coda that feels so very much like a trailer for coming attractions tacked on the end. With a title like The Last Girls Standing: The Beginning we know before we even hit play that this is an extended introduction to a longer work, so the coda isn’t completely unexpected. But this is – at least partially – why it bothered me.

Firstly, it wasn’t necessary, I was – at that point – sold on reading the second (or is it the first) book, so it felt a little like a “hard sell”. Secondly, and this is the kicker for me, it described a book I wasn’t all that interested in reading.

And this I felt quite disheartened by.

I don’t know, perhaps I’m wrong, perhaps I should give it a go, but from a certain-sell it became a maybe-read. Perhaps this is due to me reading too many books (and one absolutely great comic book) that follows a very similar premise to the second book. Perhaps I liked this first instalment a little too much to read something that veers too far from the path it created.

I hope I’m wrong, either way give this one a go. It’s a quick one, a one-sit read, and perhaps you’ll be more inspired to move to the second book than I was, I really hope you are.